“We are conditioned to be placid and I sometimes feel like all the anger of every woman in the world is inside me. I use it constructively. I use my voice”

Whilst the Pride Parade hits the streets in many cities across the globe and equality advocates are basking in the news that same-sex marriage is a legal right across the United States, I’m treating you to an interview with Orlaith Hendron. She is:

a) in her own words, a “raging lesbian”, and

b) a brave and humorous advocate for gender equality, as her TEDx talk shows. (Check out the video at the end of the interview.)

END_OF_DOCUMENT_TOKEN_TO_BE_REPLACED 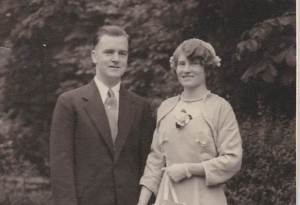 My grandparents on their wedding day- after the “incident” took place

As promised, this short, true story is one my grandma wrote, I think in the fifties. She passed away two months ago, but will be an inspiration to me always. I am proud to present: A Trifling Incident, by Annie. Enjoy!

A memory from my childhood days is that Mums in general were somehow obsessed with an almost manic regard for whatever had belonged to their demised grandmothers, and which had been handed down as a legacy to be proud of above most other possessions.  Furniture must not be scratched; breakable things like china tea sets must be cosseted and not broken.  A crack in any item of treasured crockery registered almost as much tragedy as an unfortunate demise in a family.

END_OF_DOCUMENT_TOKEN_TO_BE_REPLACED

Annie: The most inspirational grandma I could have wished for 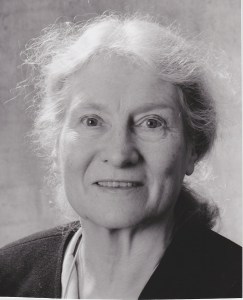 Grandma got her PhD at age 72

My grandma was one of the most inspirational people in my life. It’s still pretty weird for me to say “was”, because she only died seven weeks ago. Or maybe these things remain surreal forever?

People’s memories of a loved one can differ so much. I’m sure you’d be told a different story if you asked my grandad, or my mum, or one of my cousins. But this is my tale of her, nothing more, nothing less.

END_OF_DOCUMENT_TOKEN_TO_BE_REPLACED

Radio Heaven review: A motivational story to warm your heart and ignite your purpose 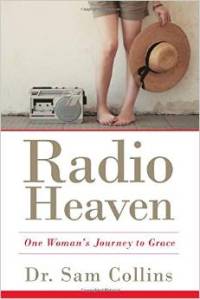 The power of stories is incredible, isn’t it? Reading life coach Dr. Sam Collins’ Radio Heaven, a collection of motivational tales taken from her own life, has reinforced my conviction that we are designed to take in valuable lessons this way. There have been times when people (or books) have given me a piece of what I can sense is great advice, but I haven’t been able to grasp the full meaning, because I couldn’t picture how I might apply this nugget of wisdom in real life. I wanted to ask them: “How does this work? Does it work all the time? How do you know the difference between when you should do this, and when you shouldn’t?” Radio Heaven doesn’t pretend to have all of the answers, but in its anecdotal honesty it gives so many more than most motivational literature does.

END_OF_DOCUMENT_TOKEN_TO_BE_REPLACED

Where are the Average Josephines in TV advertising?

Posted on April 6, 2015 by birdwithatale

It seems to me that the new thing in TV advertising is to celebrate the ‘normal bloke’. Take a normal (or even a pretty ugly-looking) bloke and make him a hero. Centre the entire advert around him and his normal, normal life, and have a huge party for his mediocrity. To pick a couple at random to illustrate my point, here are a recent Money Supermarket ad, and a Southern Comfort advert from a year or so ago. Can you imagine the same adverts, but with a woman?

END_OF_DOCUMENT_TOKEN_TO_BE_REPLACED

Caroline Criado-Perez: Part one of an amazing conversation

Posted on March 8, 2015 by birdwithatale

I interviewed Caroline for the article International Women’s Day 2015: 10 ways to make equality happen. But she said so many interesting things that I didn’t want to deprive you of them (every word that comes out of her mouth makes sense, a skill I wish I had). So, here’s the first part of that interview, more to follow soon!

END_OF_DOCUMENT_TOKEN_TO_BE_REPLACED

Women on the G20 promise: Dr Sam Collins and her delegates at Aspire

Posted on March 5, 2015 by birdwithatale 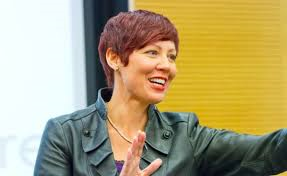 When the G20 announced their recent intention to get 100 million more women into work by 2025, the news was accompanied by a picture of US President Barack Obama, Australian Prime Minister Tony Abbott, and Japan’s Prime Minister Shinzo Abe sealing the agreement. The image of men in suits shaking hands on a plan is a telling illustration of the fact that women are indeed “the world’s most under-utilised resource”, most notably in the types of positions that get you an invite to a politico-economic summit. With an ageing population, a hangover from the financial crash and a perpetual need for growth, our leaders are turning towards the 43 per cent of female G20 citizens who are currently not in paid work in the hope of boosting our economies. Oh, and increasing equality, that too.

With female voices so undeniably underrepresented in the talks in Brisbane, I couldn’t help but wonder what members of the “resource” themselves have to say about the aspirations set out for them for the coming decade. To find out, I headed to the Aspire Connected Leadership event; a two-day training and networking session which is itself a summit of sorts. 300 senior level women convened there, brought together by Dr Sam Collins. A coach and female leadership expert who identifies herself as a “social entrepreneur”, Sam has made it her mission to empower women in the workforce to incite change.

END_OF_DOCUMENT_TOKEN_TO_BE_REPLACED

Posted on March 4, 2015 by birdwithatale

As part of getting more women’s voices out there in response to the G20’s promise to get 100 million more women into work by 2025, I spoke to Phoebe Rison, programme manager for Christian Aid’s work in the Middle East.

END_OF_DOCUMENT_TOKEN_TO_BE_REPLACED

How acting turned me into a feminist

Posted on March 4, 2015 by birdwithatale

(..and keeps reminding me why I am one)

Still from The Golden Goose by Margo Onnes

A couple of months ago I realised that I’d seen three great shows in the space of a couple of weeks without a female actor in them: My Night With Reg, Neville’s Island, True West (not counting the mother archetype who appears for maybe 5% of the play). They were good productions, True West in particular was one of the best shows I’ve ever seen. What I wouldn’t do for a role like that of Austin….maybe even bind my chest (I’m reading Ali Smith’s How to be both)- but should I still have to think like that in 2015?

END_OF_DOCUMENT_TOKEN_TO_BE_REPLACED

Posted on March 1, 2015 by birdwithatale 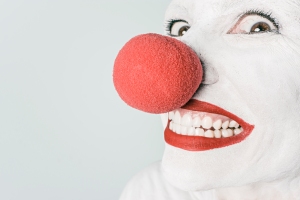 Can a girl be a clown?

One of my ‘resting’ jobs when I wasn’t acting used to be in kids’ entertainment, and I remember often being approached by the little girls when I was dressed as a clown. “Are you a girl?”, they would ask. “Yes,” I’d say. They would furrow their brows: “Girls can’t be clowns!” On a couple of occasions, they even looked around for my clown-husband to make sense of the fact that I was female, red-nosed and on the loose. END_OF_DOCUMENT_TOKEN_TO_BE_REPLACED